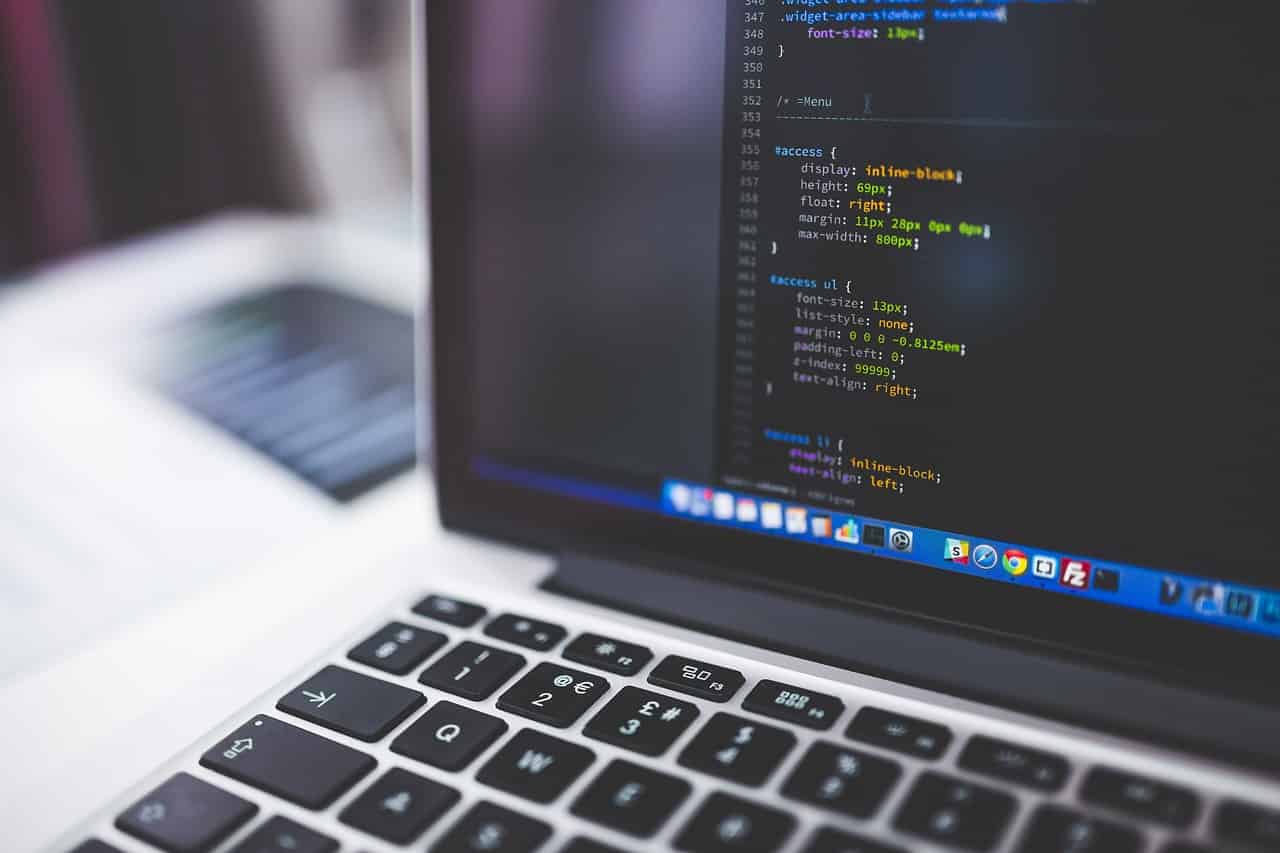 Whether you’re interested in web development, building mobile apps, making games, in need of a good text editor, or anything else, you can benefit from using the best IDE for your project. But no matter how vast your coding knowledge is, it may not be enough to determine what integrated development environment to use on your own.

What Is the Best IDE Software?

There isn’t one IDE to rule them all. Every tool can be the best IDE for a particular programmer or web development team working on a project with unique parameters. Sometimes you can work using a single IDE, while other times, you may need to show flexibility and switch between different environments.

However, some characteristics set IDE tools apart. For example, optimized IDEs don’t require substantial manual configuration or personalization. They enable software development professionals to get to work rather than spend hours learning a new interface.

It’s no secret that Visual Studio IDE is one of the top IDE software for web development. It supports some of the most popular programming languages like C++, Python, ASP.NET, Azure, and Node.js.

Visual Studio IDE supports integrated collaborative development, making it one of the most essential programming tools for code developers.

The IntelliJ Idea is one of the first IDEs that comes to mind for Java programming. It may be the best IDE for developers requiring an efficient graphical user interface and streamlined code development processes.

Java programmers can use a code indexing feature that offers accurate suggestions to quickly complete lines of code. In addition, programmers can let the IDE automate repetitive tasks to optimize and accelerate software development. In addition, it can create detailed class hierarchy diagrams.

Eclipse is an IDE primarily designed for Java but with ample support for other languages.

Code developers who use the Eclipse IDE often choose it for its cross-platform compatibility and efficient graphical UI. Its main feature is the drag-and-drop functionality that streamlines code line completion and helps eliminate certain repetitive tasks.

Profiling, debugging, and static analysis are also available, enabling programmers to better understand their code at each stage of development.

Although not as big as other IDEs, Eclipse supports many projects, including scalable enterprise-level developments.

To some software developers, Arduino is the premier choice among open-source IDEs. It offers a reliable cross-platform environment for writing clean code and sharing progress between team members.

Its UI has a modern, dynamic editor with autocompletion features, fast code navigation, and live debugging. Moreover, the Arduino IDE can be used on a local machine or in the cloud, depending on the developer’s resource availability.

The cloud-based IDE makes programming accessible to everyone while still supporting complex codes and tasks.

The SlickEdit IDE offers a customizable code editor designed for massive applications. It’s a workhorse supporting over 70 of the world’s most-used programming languages.

Versatile programmers can use SlickEdit to develop code across multiple platforms. Some of the features that make it an attractive choice include code beautifiers, comprehensive debuggers, context tagging, and color coding.

SlickEdit also does a solid job of providing single and multi-file project support and offers integrations with Xcode and Visual Studio.

Java programmers often turn to BlueJ as the IDE of choice for developing small-scale software. Its interactive UI makes it easy to test and develop lines of code.

In addition, it streamlines visual code scanning. But BlueJ also stands out for another reason.

It is a solid choice for newbies or anyone working on solo code development, like freelancing programmers.

Programmers looking for free IDE tools can focus on CODE:: BLOCKS. The free-to-use tool is a C and C++ exclusive software development app and code editor. Its IDE functionalities include offering relevant suggestions, auto-completion, and debugging.

Although it doesn’t support other programming languages, the online software tool is easy on the resources and lets developers work using a visual object-oriented approach.

PHP is one of the most highly regarded programming languages. Software developers use PHP in web and mobile applications. When using PHP, Zend Studio offers one of the most reliable integrated development environments and debugging tools.

As an alternative to Zend Studio, software developers can consider PhpStorm. It’s one of the best integrated development environments for PHP software programming.

The IDE’s main focus is PHP. However, it supports many of the most used languages, like HTML 5, Sass, JavaScript, and CSS. This makes it a reliable choice for front-end programming.

You may also want to use PhpStorm for its built-in developer tools for websites, which support WordPress, Laravek, and Drupal integrations.

In addition, you may use PhpStorm if you need access to powerful refactoring tools, automatic code creation, and debugging.

The free IDE can debug code, allows smart indenting, and comes with basic text editor features. Moreover, it has great interpretation features thanks to its interactive syntax highlighting.

Professional Python developers and those working on data science applications may prefer something like PyCharm. It’s a versatile IDE capable of sustaining complex software development in Python.

It can also help you access various databases from the IDE to optimize the workflow and make the life of software engineers easier.

NetBeans is one of the most popular IDEs supporting multiple programming languages. It offers a no-nonsense approach to coding in languages like Java, PHP, JavaScript, CSS, HTML 5, and others.

Developers can access many basic tools, including a semantic source code highlighter. Naturally, you can also use syntax highlighting. In addition, it’s arguably the best IDE with built-in refactoring tools, available as open-source software.

Moreover, NetBeans caters to programmers from various backgrounds and countries, due to its multilingual support. Developers can use NetBeans because it’s one of the best IDEs for Chinese, English, Japanese, and Russian text editing.

But most importantly, WebStorm can be the best IDE for software developers who need Git, GitHub, and Mercurial integrations in their web development projects.

Komodo offers one of the best IDE platforms for web development. It’s a premium solution for software developers who need to streamline unit testing and use a visual debugger.

But Komodo’s status goes beyond being the best IDE for individual developers. It also comes with project management tools, automatic code completion, and streamlines team collaboration on complex applications.

Additionally, it has multiple integrations for CVS, Bazaar, Git, Mercurial, and others. In terms of programming language support, Komodo allows developers to use command-line tools for Python, PHP, Ruby, and others. Some programmers will find Komodo IDE premium as the best IDE for Windows, Linux, and Mac.

If you want to edit code in some of the most popular programming languages like PHP and Python, AWS Cloud9 can be the best IDE for the job. It has an easy-to-use terminal, debugger, and reliable code editor.

In addition, AWS Cloud9 is a cloud-based IDE. This makes it an ideal cross-platform IDE for creating source code from anywhere in the world. You can use its single graphical user interface for a variety of tasks and benefit from automatic code completion without requiring massive resources.

Developers will also find it the best IDE for web development and serverless applications, thanks to its flexible programming language support, unit testing, and accurate code autocomplete functionality.

But programmers who will benefit most from Android Studio are those who want push alerts, camera integrations, and the ability to build multiple APKs.

Another standout feature is a detailed template for integrating Android apps with Google Services. This can make Android Studio the best IDE, or at least one of the most helpful, for beginner mobile software developers.

RubyMine isn’t the best IDE if you want the most IDE capabilities or ample support for multiple programming languages. However, it’s one of the top IDE alternatives for Ruby-focused developers.

This IDE allows some JavaScript, CSS, Sass, and other integrations, but other aspects set it apart. The tool is optimized for open-source Ruby coding. Furthermore, it benefits from vital automation features, including code completion, error highlighting, and class and symbol searches.

If you prefer the elegant syntax of Ruby programming, RubyMine can be the best IDE for web development built around this language.

Apple product developers may find Xcode to be one of the best IDE platforms. It’s geared towards iOS app development and superior workflow management.

Xcode can offer relevant code suggestions from its simple UI and supports multiple useful languages like Object-C, C++, and Swift.

Programmers who use MacBooks have many choices regarding IDEs. But when building apps using C++ or C, CLion is a popular IDE choice. The environment specializes in these languages, ensuring a long list of features designed to help write high-quality code.

Automated refactoring, CMake integration, a debugger, and other attributes make it an attractive option.

However, CLion is more prevalent among professional, seasoned developers, not beginners or hobbyists. That’s because it comes with a high price tag in a market saturated with freemium alternatives.

Developers working exclusively on database applications need something well-optimized for their projects.

DataGrip can be a great IDE to use thanks to its support of MySQL, Oracle, SQL Server, DB2, Vertica, and others.

Qt Creator is another IDE option for developers and programmers working on mobile, web, and desktop applications that need to connect to version control systems. Qt Creator works with Mercurial, Git, and Subversion, among others.

In addition, you can integrate it in VS, detect resource bottlenecks for apps, and test apps on various devices.

It’s also one of the best Qt QML and Python programming tools.

For some developers and engineers, RStudio is the only IDE for the job. It specializes in the R language used primarily in statistics and data mining applications.

RStudio makes executing R code simple and efficient and can assist in building some of the best interactive graphs. You can use RStudio to generate reports and documents or perform advanced data analysis scripts for deep, web mining applications.

Many programmers need software development environments that can support a wide range of languages. However, some prefer to use the best IDE for a specific language.

The key to mastering web development (including class and object browsers), building apps, or creating other software relies on using the language you feel most comfortable with. From there, you can easily find the best IDE for your unique project requirements.

Built-in tools and functionality matter. But nothing beats an interface and library optimized for a particular language. It improves the accuracy of code completion and highlighting features and will allow you to code, test, and debug faster and more efficiently.

Podbean vs. Buzzsprout – Comparing Two of the Best Podcast Hosts

Wouldn’t it be nice to have an all-in-one podcast host? Imagine a solution that can easily handle audio podcasting
Read More 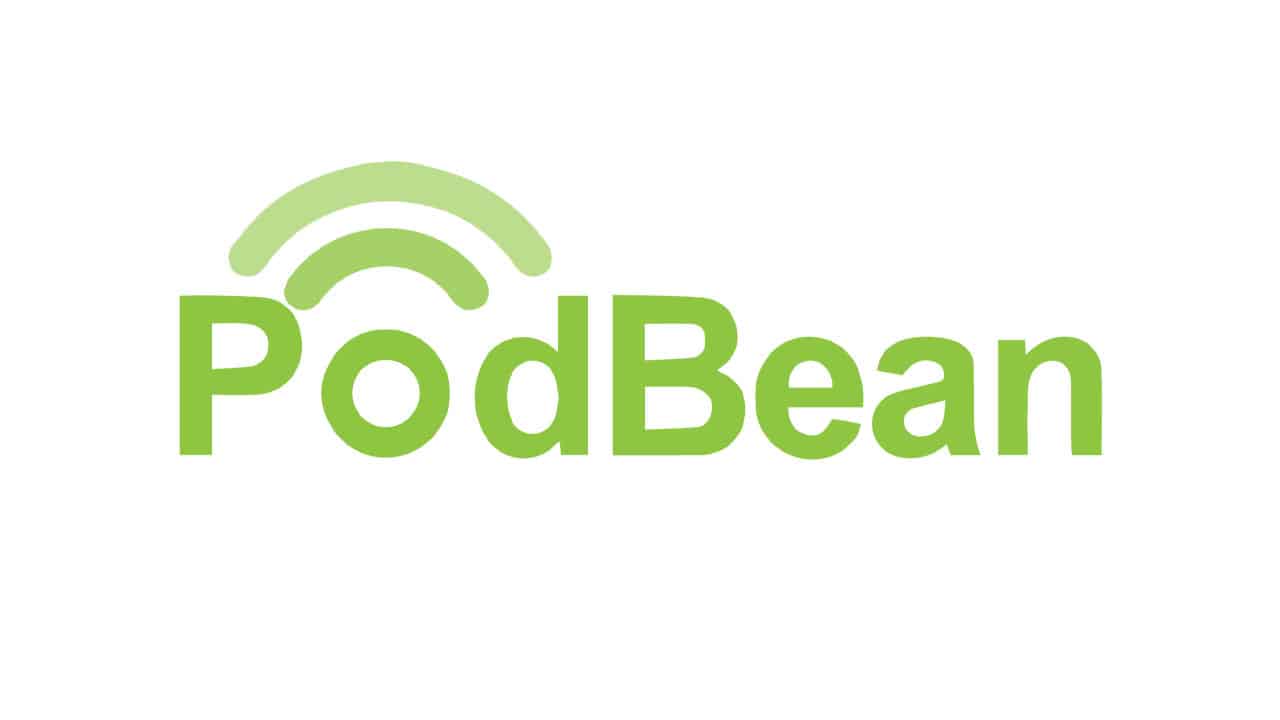 You’ve got a great idea for a podcast in your head. You’ve looked around and can see that nobody’s
Read More